I can't believe tomorrow we move to our new place. I'm just one happy momma!! The place we live now has horrible parking so I can't have family or friends over because of it. I can't do the laundry because I have to go down 3 flights and walk over to the laundry area. This place we get our own laundry outlets so we can have stackable washer and dryers. We are going to go to sears outlet tonight to look for one. The thing I'm most excite about is working on jewelry!! And I want to soon go to a flea market and my favorite store in Fullerton and go to the swap meet . Well my little munchkin is waking up gotta go!!
Posted by rockabead jewelry at 1:51 PM No comments:

Time sure does fly when your busy! I had my son on February 15th at 10:38pm weighing 8lbs 8oz and 21 inches long. He is 4 1/2 weeks old and weighing 9lbs 9oz and 22 1/2 inches long. I posted some pictures of my little guy. I love him so much!!!
Life has changed for me quite a lot. I now want to start selling my jewelry more now since having my guy. I want I e able to show him that you can take your passion and run with it even when you have a family that you take care of. My parent were in a horrible car crash in January. They both survived, my dad was in I.C.U for a while but got better and came home. Now he is back in the hospital for blood clots in both lungs. He wasn't supposed to survive it. The doctors do not know why he survived. I say it's a miracle and it isn't his time yet.
We are moving on Thursday to a bigger and better place than where we live now. I will be able to get back into making my jewelry and cooking. I packed away all of my jewelry supplies a while back and same thing with my recipes :) it will be an exciting new chapter in our life. Here are some pics of my little guy :) 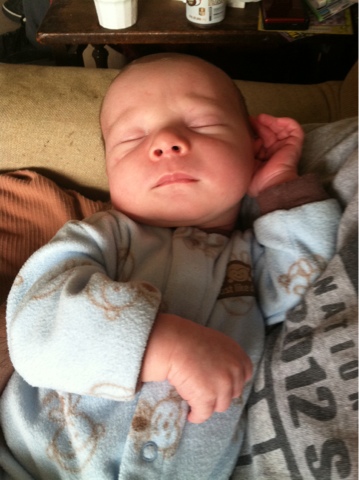 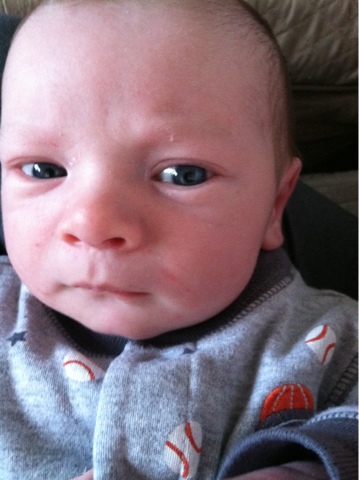 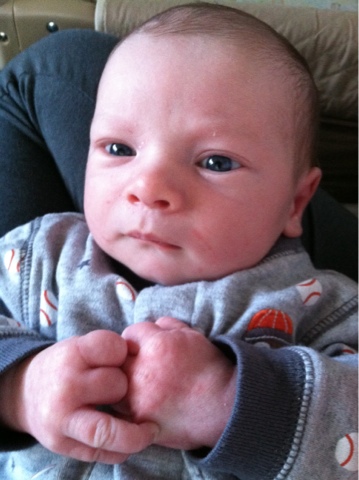 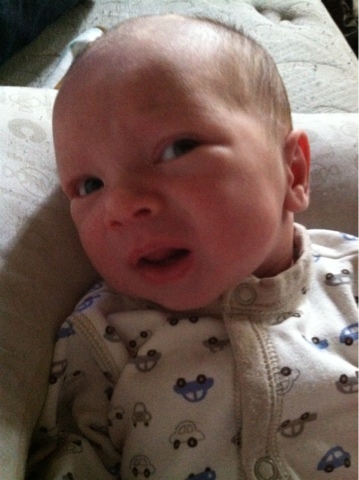 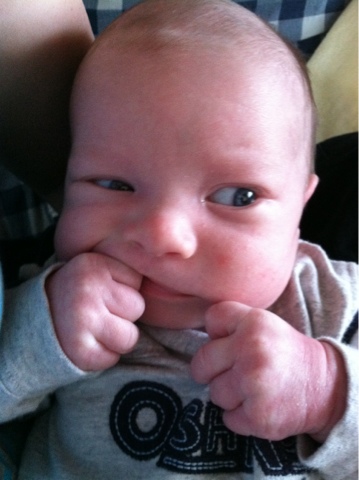 Posted by rockabead jewelry at 5:37 PM No comments:

Well a lot has changed since I wrote last

For one I am sorry I haven't been writing anything lately, but I will explain why I haven't been writing.
I am 6 months pregnant!!! I found out in June that I was pregnant when I had been feeling a little sick. I had morning sickness for 10 weeks and lost 12lbs. I now have gained 7 of those pounds back. I have been way to tired and sick to make any jewelry or even contemplate making any. I sold most of my jewelry while I was sick so I wouldn't be holding on to it. Being sick was a all day adventure. I don't know why they call it morning sickness lol it just doesn't happen in the morning. We are due February 21st

I also got married on October 13th to my wonderful husband and partner jarrod :) it was a quiet peaceful wedding. With a equally quiet and peaceful reception!! I loved it!! It was the perfect wedding for jarrod and I. If we had done formal it wouldn't have been us and it probably would have been awkward for us. It was done at his nana's house wedding was inside and reception was outside. I couldn't have done it with out our family helping us. And also for my best friend Nikki who makes me laugh all the time!! Can't wait for the pictures to see all of our crazy faces and serious ones.

Here are some pics my friend Nikki took and text messaged to me :) 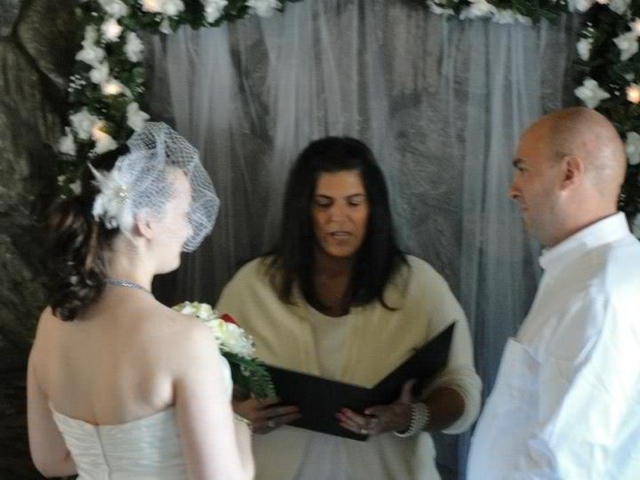 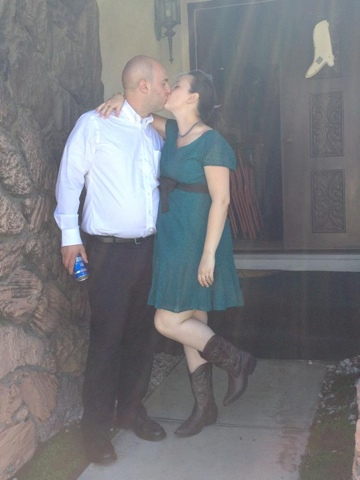 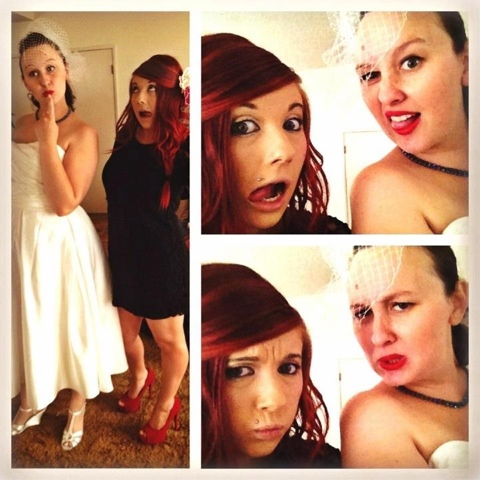 Posted by rockabead jewelry at 7:50 AM No comments:

I am still getting used to blogging. I have to tell you about the love of my life since he will pop up in future posts. His name is jarrod. He is 33 years old and works as a lead for a cable company. We are getting married October 13th this year. A little history behind the both of us.
We met on blind group date June 16th 2010. His best friend is dating a friend of mine and she thought we would be perfect together and I was opposed to meeting him since I had decided not to date anymore and I was content doing that. But she was insistent and I finally said yes but It had to be a group date otherwise I wouldn't go. Well I met him and instantly liked him. So I had to make sure he was the one I had been waiting for. He got the 20 hardest questions on that date. I just knew he was telling the truth when he answered them, ever since we have been together and last October he asked me to marry him. He asked me to be his girlfriend after a week and told me he lived me after 4 months. :) he makes me super happy and I am the luckiest gal alive. Just to let you know he is a very picky guy when it comes to woman, his last serious relationship was back in highschool. a few dates since then but not serious until he met me.
He has a kind spirit, he is polite, considerate, nice, shy, handsome, tall, Loyal, supportive, funny, loving, adventurous, and so much more.
Well that is all for now :)
Posted by rockabead jewelry at 3:36 PM No comments:

My goals for the rest of the year

I am working on my first goal of getting my jewelry into boutique stores. I am nervous about doing it, but I was talking to a awesome lady yesterday at a walk through for a show i am doing on June 23rd and she told me to go for it. There are thousands of stores out there and I know I need to get into these stores since my jewelry does sell really good at these jewelry events I do and people love my jewelry. I know these stores would be excited to see my jewelry since it is so unique. So I am working on that goal this year. I need to get a carrying case with trays for all of my jewelry before I approach boutiques with my jewelry.
My other goal is to get into the magazine jewelry affaire magazine. I haven't yet attempted to send any in yet but I will be doing that when it comes up again to send in. I have been in bead trends and stringing and now I want to go for that one.
My last goal is sell double what I sold last year. So far I am 3/4 of the way there.
I absolutely love making and designing jewelry, it's my passion and I am so in love with it!!!
Posted by rockabead jewelry at 10:42 AM No comments:

I will be doing a runway show for my jewelry in June :) I am super stoked and excited!! There will be sneak preview pictures to come later on as it gets closer of my collection :) here are some newer items and I sold a few already :) 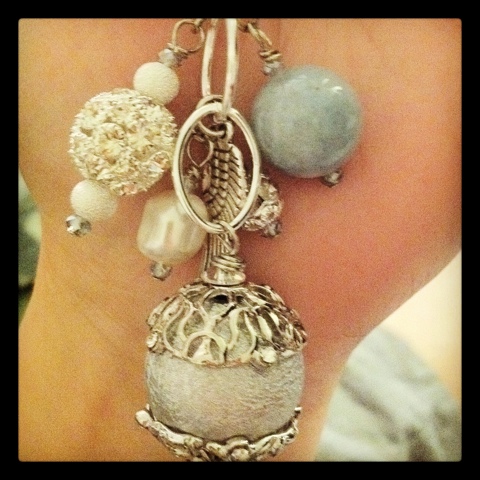 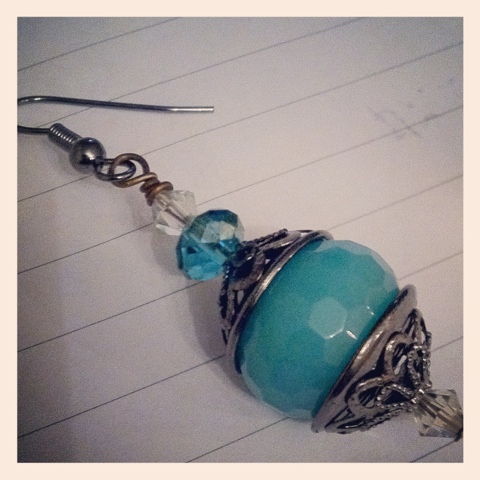 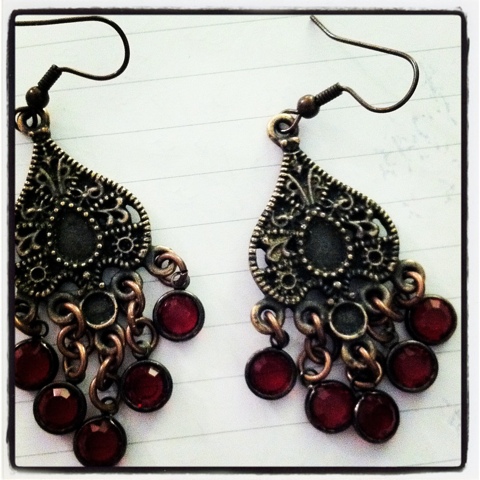 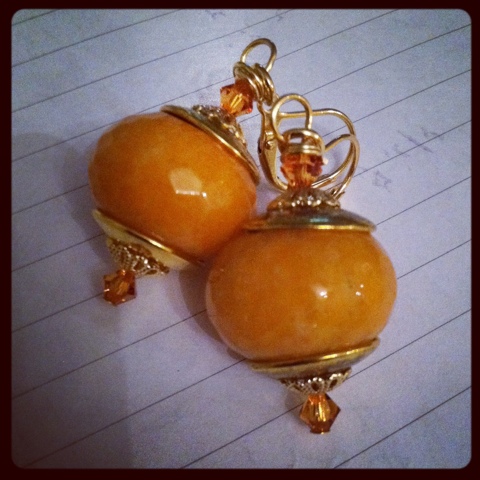 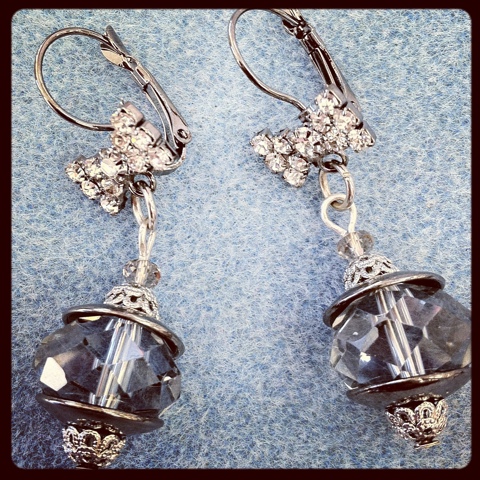 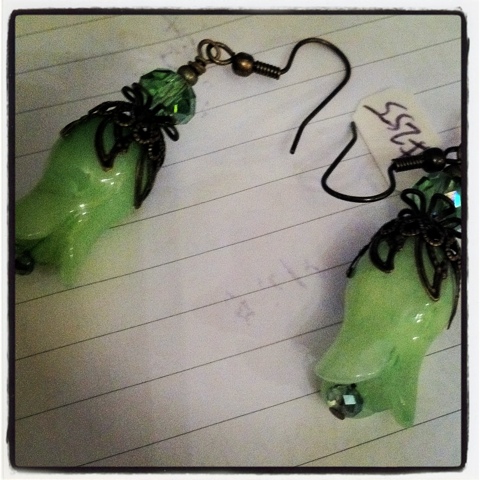 Posted by rockabead jewelry at 10:00 AM No comments:

I love making dangles!! They are so fun and they
Look great on everything! Here's a sample!! :)
I have been a busy bee getting ready for my show!!! I am also obsessed with reading good romance books. I need to price some jewelry for my show still. 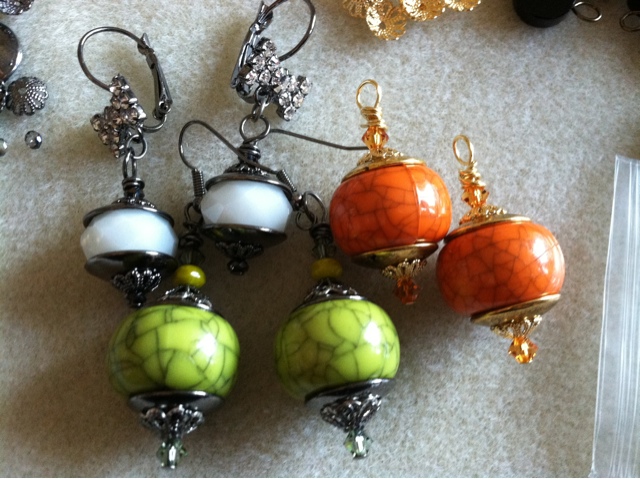 rockabead jewelry
i love jewelry, i have been making and designing jewelry for over 6 years now, i work full time at AAA of Southern CA. i love green, black, white, red, blue colors. my favorite metals are gunmetal, antique silver plated, antique brass, brass, and some gold plated and silver plated.